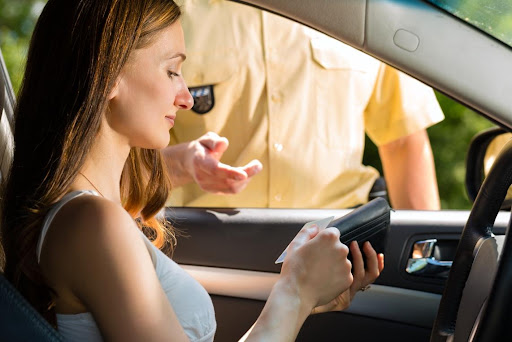 Bribery During A DUI

Law enforcement officers stop drivers they suspect of driving under the influence and evaluate them for signs of intoxication. In Arizona, prosecutors can charge individuals for bribery in addition to a DUI when individuals appear to attempt to convince officers to let them go in exchange for a bribe. People facing bribery charges arising from a DUI incident may wish to secure the assistance of knowledgeable legal counsel and protect their rights after an incident. Consider contacting Chuck Franklin of Chuck Franklin Law directly at (480) 545-0700 to learn more about the consequences of bribery during a DUI.

Legal Consequences of Bribery in Arizona

Arizona law provides punishments for class four felonies such as bribery. The minimum sentence for bribery is one and a half years in prison, and the maximum penalty is three years. However, aggravating factors can lead to sentences greater than three years, whereas mitigating circumstances can reduce sentences to one year.

Bribery During a DUI

Individuals facing DUI charges can also face bribery charges if law enforcement accuses them of bribing a police officer. People stopped for driving under the influence interact with police officers who can exert discretion as to whether to have a driver undergo drunk driving assessments and ultimately arrest the driver for drunk driving. Drivers may attempt to offer officers money or services in exchange for letting them go. Alternatively, drivers stopped for suspected intoxication may panic and try to convince police officers to let them go. Drivers should avoid statements that people could interpret as bribery and consider obtaining legal counsel before talking with the police.

Examples of Bribery During a DUI

People can commit bribery during a DUI by explicitly offering an officer money, favors, or services in exchange for letting them go. However, individuals may also commit bribery during a DUI when they make statements suggesting the possibility of a bribe. For instance, a driver offering to “take care of things” and “make sure the officer is comfortable” could face bribery charges.

The Penalty for A DUI

If convicted of a DUI, Arizona drivers face penalties that depend on whether they have had a previous DUI and how many DUIs they have had.

Bribery during a DUI can lead to severe consequences. People who bribed an officer during a DUI stop can face criminal charges for the DUI and the bribery offense. Indeed, prosecutors can charge people with a DUI and bribery, and each offense carries the possibility of jail time. The court may order people sentenced to jail time for a DUI and a bribery offense to serve their sentences concurrently (at the same time) or consecutively (one after the other). When a court orders people to serve sentences consecutively, they spend more time behind bars than when doing sentences concurrently. Generally, Arizona law allows courts to order consecutive sentences.

Courts may find that people who drive under the influence demonstrate little regard for human life, as reckless driving creates a significant danger to others on the road. Consider contacting Chuck Franklin Law to learn more about whether specific bribery and DUI offenses can lead to consecutive sentences in Arizona.

There are some criminal defenses that a person can argue if they are charged with a bribery offense.

When people operate motor vehicles under the influence of alcohol or other illicit substances, they may have impaired thinking. A driver who attempted to bribe an officer might have realized bribery is not a good idea if the driver had been sober. Will the court see drunkenness as a defense for a bribe? Although each case is unique, a defense attorney may argue that intoxication led the defendant to act irrationally. Individuals facing charges of bribery during a DUI should consider speaking with an attorney to learn more about how to respond to the charges.

Police officers stop drivers they suspect of driving under the influence and evaluate them for signs of intoxication. In Arizona, prosecutors can charge individuals for bribery in addition to a DUI when they try to convince officers to let them go and offer something in exchange. Responding to charges of a DUI and bribery can be complex, and individuals facing these charges may consider having a knowledgeable criminal defense attorney on their side. Consider reaching out to Chuck Franklin directly at Chuck Frankly Law at (480) 545-0700 to find out more about how to address charges of bribery during a DUI.