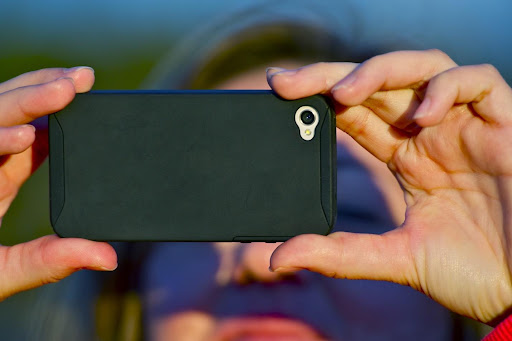 Can You Film A Police Officer When You Are Stopped?

Since the invention of the smartphone, people have increasingly been recording police officers on duty. In many of these videos, the officers have asked or told the person holding the phone to stop recording. Sometimes, the person refuses but is then threatened with arrest or the use of force. To find out if police officers can legally make this request, start by asking, “Can you film a police officer when you are stopped?” If you have questions about the right to film police officers when they are on duty, consider contacting Chuck Franklin directly at Chuck Franklin Law by calling (480) 545-0700.

Can Police Take Your Phone if You Record Them?

If a person films a police officer in a public space, the officer will usually be unable to confiscate or even view the photographs or video footage without a valid warrant. According to the American Civil Liberties Union, even if the police arrest the person, they may not look at the contents of his or her cell phone unless they have a warrant. In addition, the police cannot delete any video footage or photographs. These rules also apply to digital cameras. Therefore, those who are photographing or filming police officers may want to clearly decline any consent to a search of their digital devices.

Can Police Film You Without Your Consent?

Can You Film Inside a Police Station?

What To Do if You Witness Police Brutality or Abuse

Asking the question, “Can you film a police officer when you are stopped?” often brings up the next question. What should you do if you think you are witnessing police brutality or abuse and want to record the incident? Below are some steps to follow when a person is faced with this scenario:

If you or a loved one was arrested after an incident, contact Chuck Franklin directly to learn more about your legal rights.

When Is It Prohibited to Film the Police?

Police officers can legally order members of the public to stop filming or photographing if they are genuinely interfering with police operations. Often, these officers know that their operations are open to scrutiny due to video recordings or photographs. The right to photograph and film the police also does not permit citizens to break other laws in order to record. For instance, if a person trespasses on private property in order to take video footage or photographs of police officers, he or she can be charged with trespassing.

Police officers are also private citizens. Like all private citizens, they do expect some degree of privacy in certain circumstances. If a police officer is off duty or engaged in a private phone conversation or a private discussion outside a public place, then he or she has a right to privacy. Generally, any photographs or video footage of police officers in private settings are likely to be unlawful, unless gathering such evidence is clearly in the public interest.

Discover How an Attorney Can Help

If stopped by the police, it can be useful to know the answer to this question: “Can you film a police officer when you are stopped?” Your recordings or photographs may be protected. If you or a loved one has been threatened with charges or been arrested for recording the police, a seasoned attorney may be able to help. Consider contacting Chuck Franklin directly to discuss your right to film the police by calling (480) 545-0700.